When it comes to talk about Orange Wines, everyone knows Josko Gravner. He is the Godfather of Orange, or as he prefers, Amber wines. His wines are everywhere, articles about him are posted all over specialized magazines and the Net. Not far from his winery, though, there is another not so much known producer, not so much recognized one but at least in my opinion, a winemaker producing unbelievable white wines macerated on the skins.

I don’t personally know Paolo. I have tried three times to meet him to no avail. He is a very kept-to-himself person. Pictures of him are very, very, very scarce. I have a winemaker friend who tried to visit him and buy his wines but in the end his mother, not Paolo, attended him.

Paolo lives and works in the Italian side of the Karts Plateau, a tiny piece of land going from Trieste to Gradisca D’Isonzo, for around 40 kilometers, and inland from the Gulf of Trieste to the limits with the Vipavska Dolina DO in Slovenia, for barely 12 kilometers. Here he works with a very unknown variety that only grows in this area, both in the Italian Carso-Kras DO and in the Kras Wine District in Slovenia. Vitovska is the queen of grapes here and Paolo is the master chief of it. You might read this article about the Vitovska.

The area is famous for its Terra Rossa soil, a rocky limestone land rich in marine sediments. Here the stone is the soul of the Vitovska. Local producers have excavated the rock to build their wineries and also employ stone tanks for fermenting the wine. Stones are an intrinsic part of the Carso.

As Paolo believes, “the Carso is the land of truth. Harsh, unpleasant, difficult. In a word, true. Land of stone and wind, of Nature strong and vigorous. Land of the seasons with dreamy colours, of air terse and pungent.”

Paolo started years ago his wine adventure with his brother Valter. They wanted the soil to reflect its spirit in their wines using clay amphorae for ageing the wines. They used in the beginning Spanish amphorae but not very happy about them, they visited Georgia, the original birthplace of Amber or Orange wines. They decided to transition from the Spanish ones to the amphorae produced in the Caucasian country. Now they have their terracotta vessels buried underground, where the temperature is constant helping their wines go through life.

In this area, almost every producer uses Vitovska, Malvasia and Refosco. Paolo only uses the first one. His production varies from vintage to vintage so one year he might produce three labels, some other year only one. On average, he is producing one or two labels per year. In 2008, for instance, no wine was produced due to heavy rainstorms during the growing season. One distinct year was 2012, when he was able to produce the four labels he has. Fermentation and maceration take always place at lower temperatures, thus fixing bright golden colors. He follows two ageing traditions: that of the oak and that of the amphorae.

Vitovska T 2012, white label, six months in amphora on the skins, then 30 months of ageing in the same amphora.

Origine 2012, black label, produced in special years. 15 days of fermentation in oak, then 30 to 36 months of ageing in Slavonian botti.

Paolo follows the organic viticulture and also biodynamic methods. One of them is setting his oak botti forming a circle inside his winery. He also works naturally, not using chemical products, herbicides or pesticides. Nothing that could alter the cycle of the grape. He doesn’t irrigate the vineyards, not even in drought years, when the plants might slow down and stop their life waiting for better years. In the end, he believes man is just an observer, a learner of what Nature, the man’s mentor, does.

Paolo’s wines are perfume, Mother Nature, rocky soil, character, passion, truth, soul. Carso. No dresses. No makeup. Grapes accompanied throughout their life to adopt the shape of a bottle filled with sublime nectar. That’s Paolo’s wines. That’s Paolo’s Vitovska. The expression of a land, the character of a terroir. 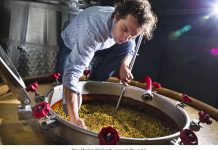 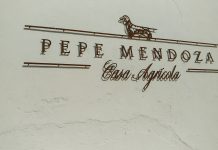 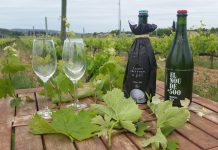 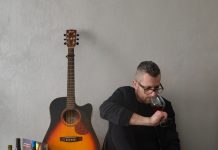